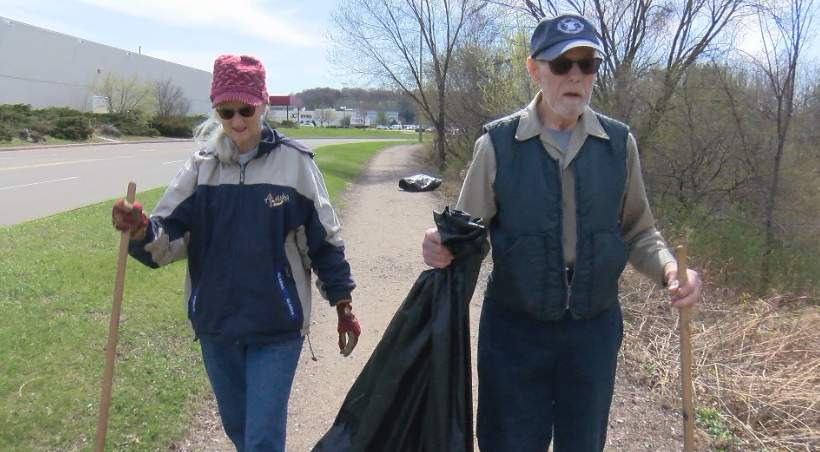 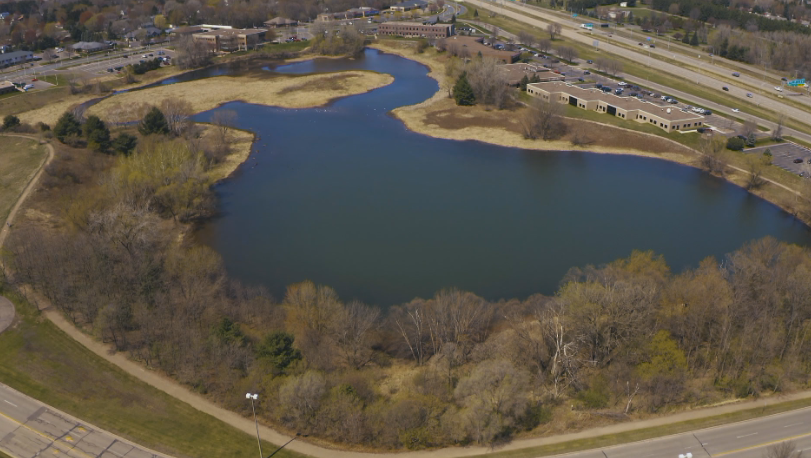 EAU CLAIRE (WQOW) - There are hundreds of miles of trails scattered throughout the Chippewa Valley, but one stretch is special to an Eau Claire couple.

It seems like an odd place for a trail, but it's there right behind the Oakwood Mall in Eau Claire.

"We found this one kind of by accident. They snuck it in on us."

They, meaning Keystone Corporation. But the pond has a richer history.

John and Lucretia Mattson have walked the trail since the mid-90s, about 10 years after the mall opened its doors.

"We could watch the Oakwood Mall being built out of our bedroom window."

But the mall posed a problem.

"With the advent of the mall and everything blowing in, it got quite messy over here, and we didn't like walking on a messy trail ourselves. So, we started cleaning it up. And we've done it for years."

With contractor bags and all the Mattsons adopted the trail, keeping it clean for the community to enjoy.

"Catch the sun and glitter and you know when you see that, that's not natural, it doesn't belong there."

And they do it all despite age, health and overall shape.

"I have a hard time getting up and down hills now to, but gotta be done, you do it."

The scenery and the wildlife it nurtures keeps the couple coming back.

"When you see a place that's really beautiful that needs to be cleaned up and nobody else seems to have that charge, it's kind of giving back to the community."

So, if you do choose to take the trail for a spin John said take a bag along and look for the glitter.

The Mattsons say at some point someone will have to take it over for them to keep the trail clean. But for now, they don't plan on stopping anytime soon.

If you know someone in your community making a difference through volunteering, nominate them for a Jefferson Award here.