EAU CLAIRE COUNTY (WQOW) - An Eau Claire man accused of shooting and killing a man settled the charges against him Wednesday.

Prosecutors agreed to dismiss a first degree reckless murder charge against Selwyn Smith. In return, he pleaded no contest to being a felon in possession of a firearm, and bail jumping and two methamphetamine charges in a separate case.

In a letter to the judge, DA Peter Rindal said based on what happened, he believes the castle doctrine applies. The castle doctrine says a person is allowed to use lethal force against another person if they believe it is necessary to prevent death or great harm to themselves.

Freddie Flowers was shot and killed in February last year. Smith claimed the victim broke down Smith's door and punched him in the face, so he shot flowers in self-defense. Smith said Flowers was under the impression Smith was sleeping with Flowers girlfriend.

Sentencing on the other charges is set for December. 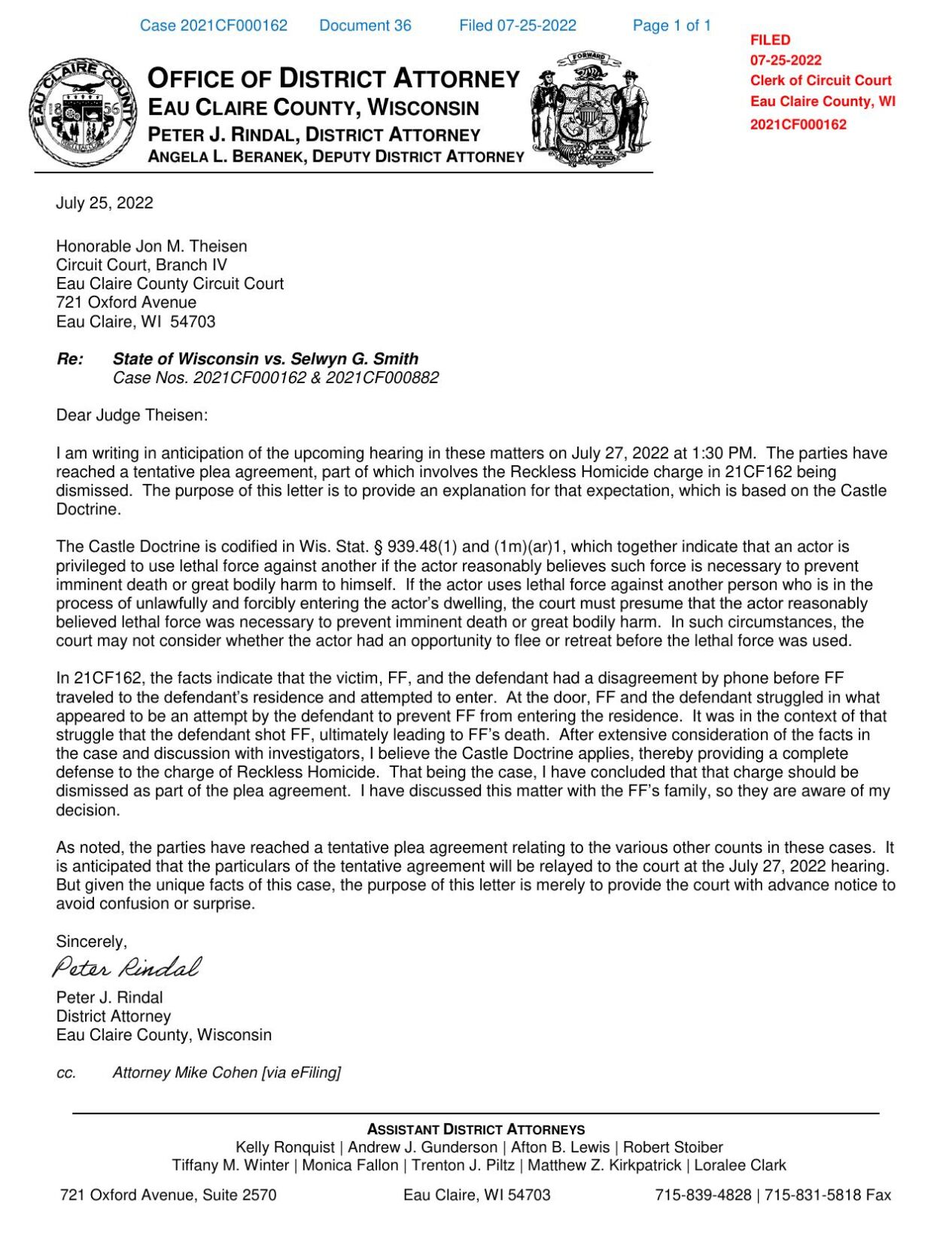