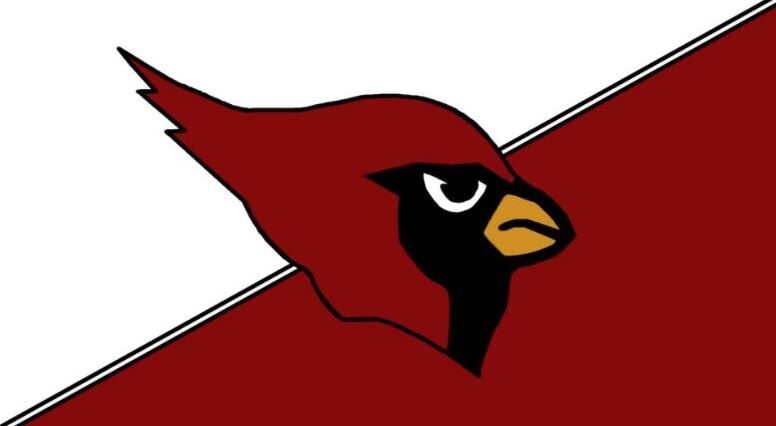 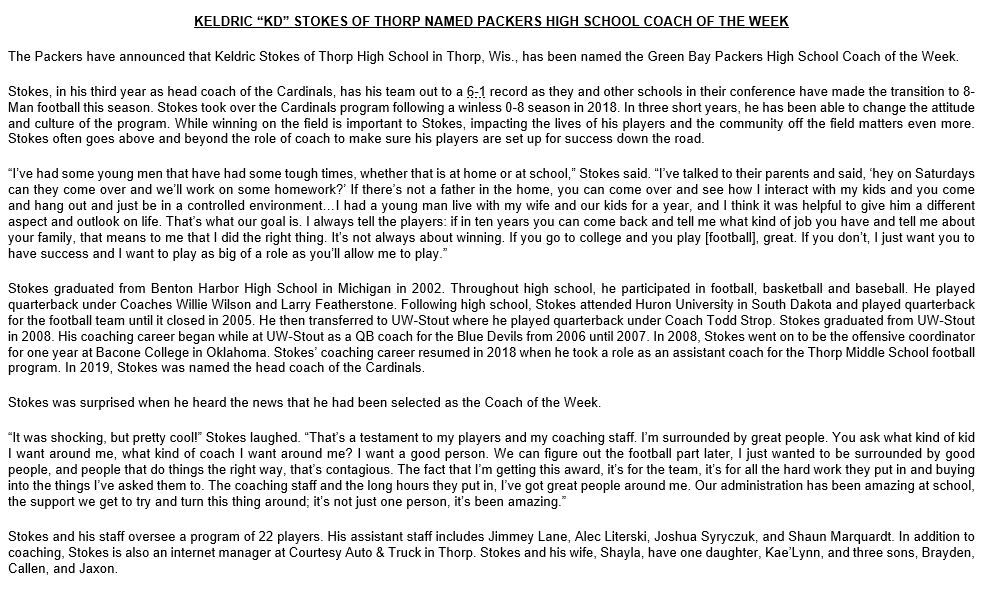 Stokes, in his third season as head coach, has led the Cardinals to a 6-1 record after the program switched to 8-man football this season.

Stokes is the third area coach to be recognized by the Packers, joining Altoona's Chad Hanson and Augusta's Derek Boldt.