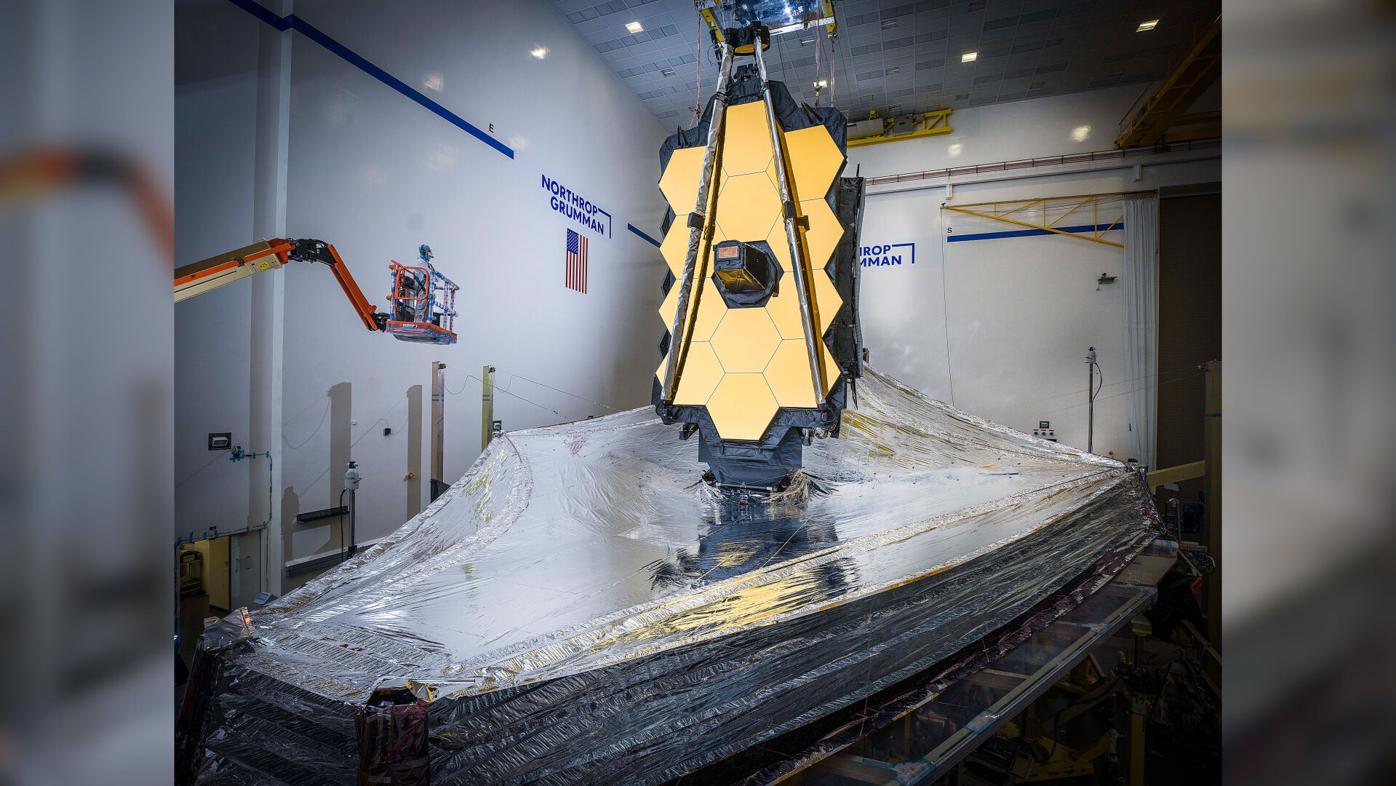 This is how the sunshield looks once it's been deployed. 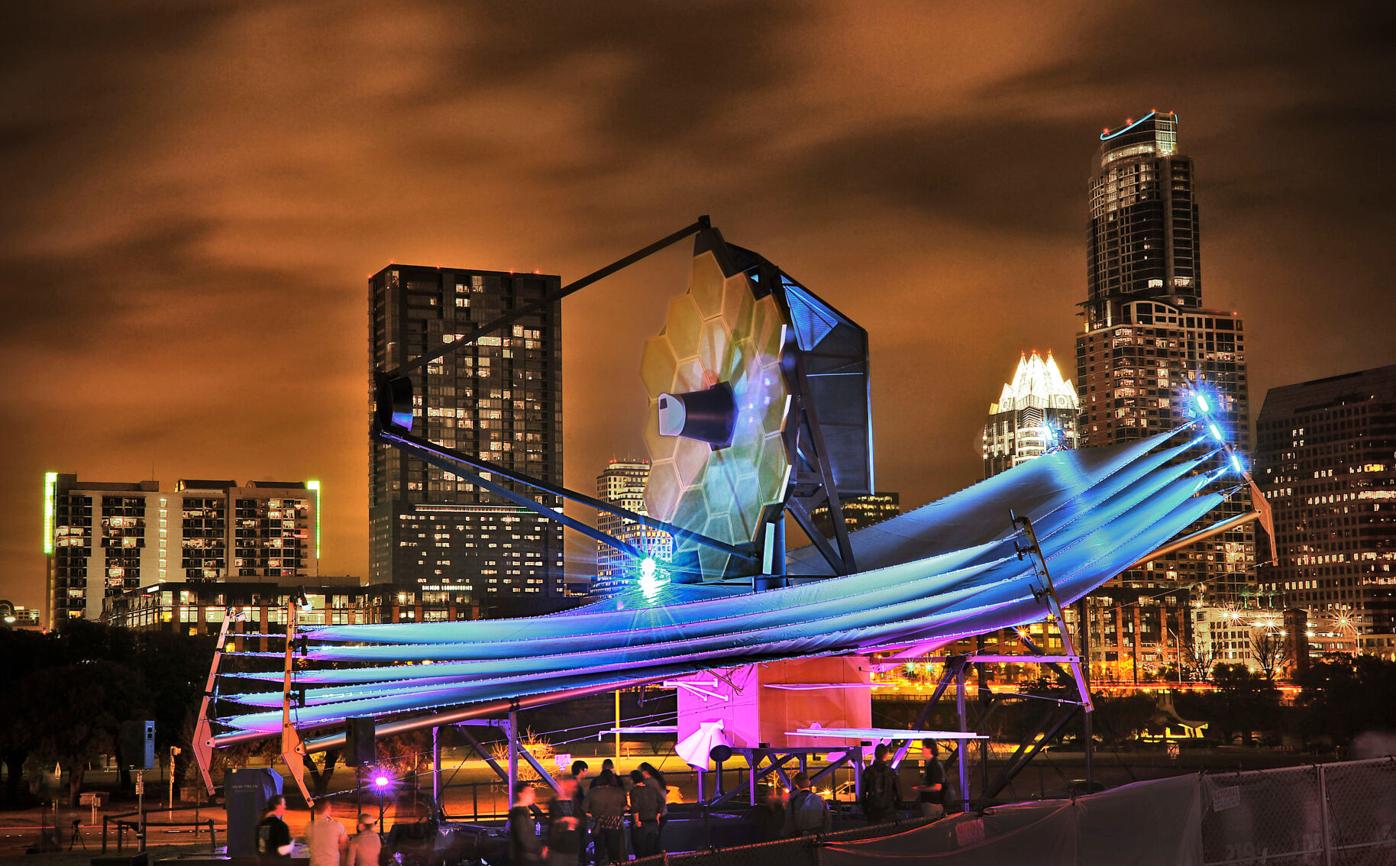 This image shows the full-scale James Webb Space Telescope model at South by Southwest in Austin. 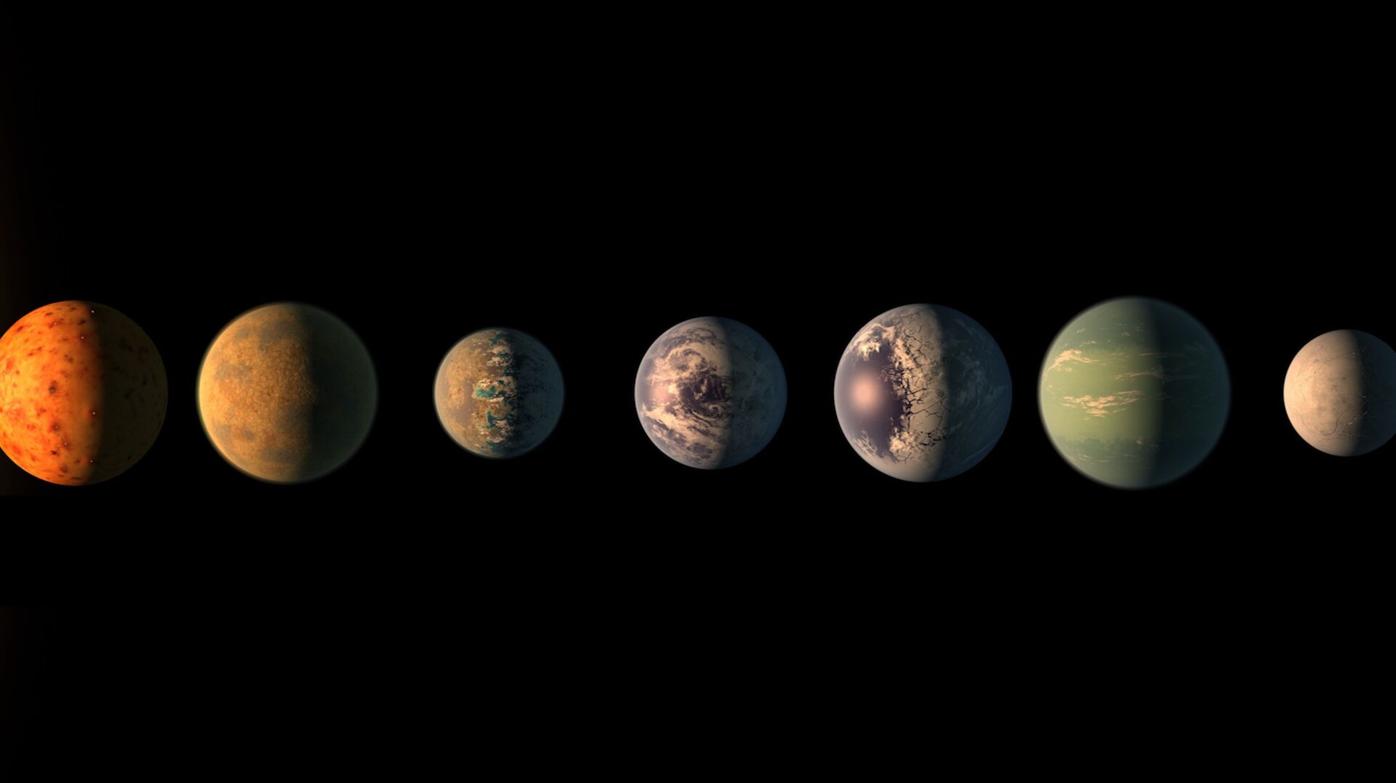 This illustration shows the planets of the Trappist-1 system. 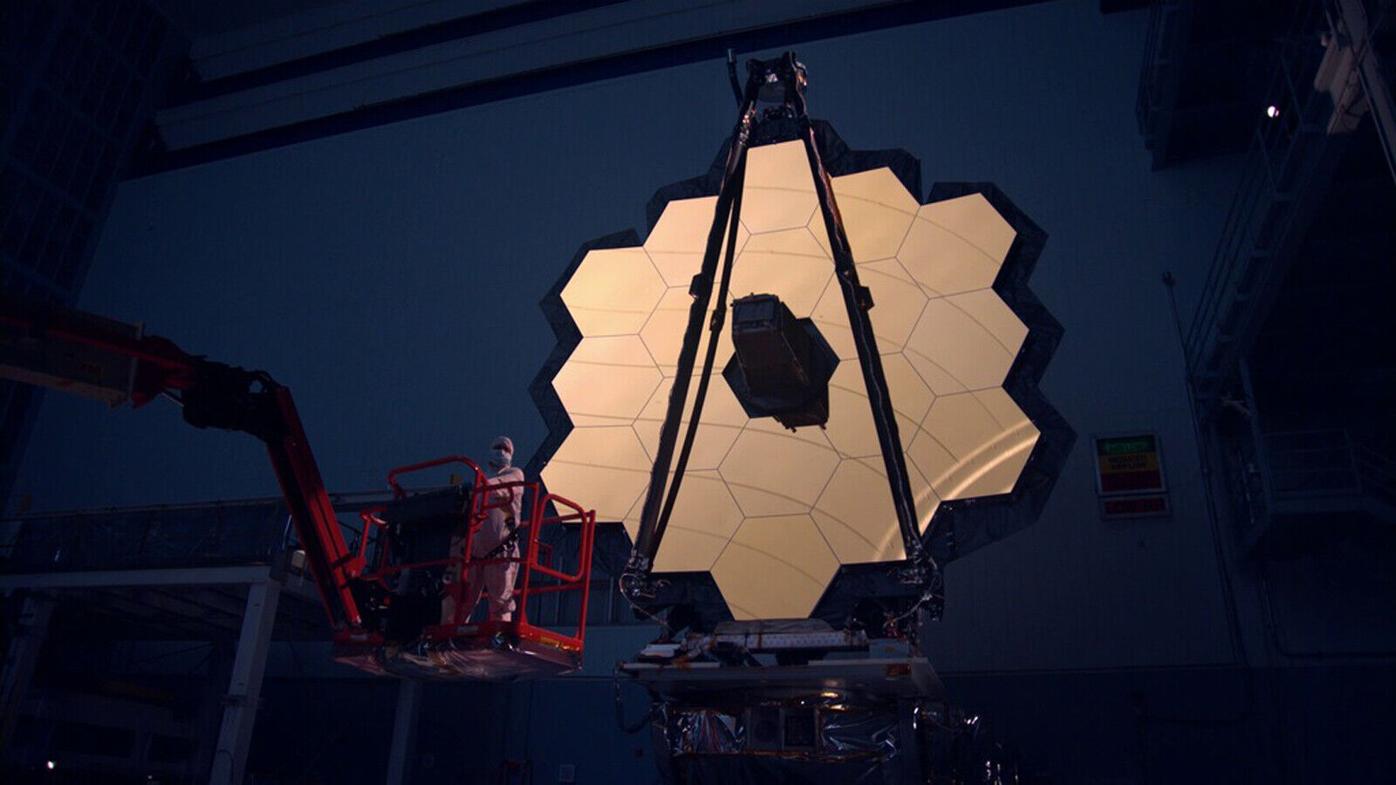 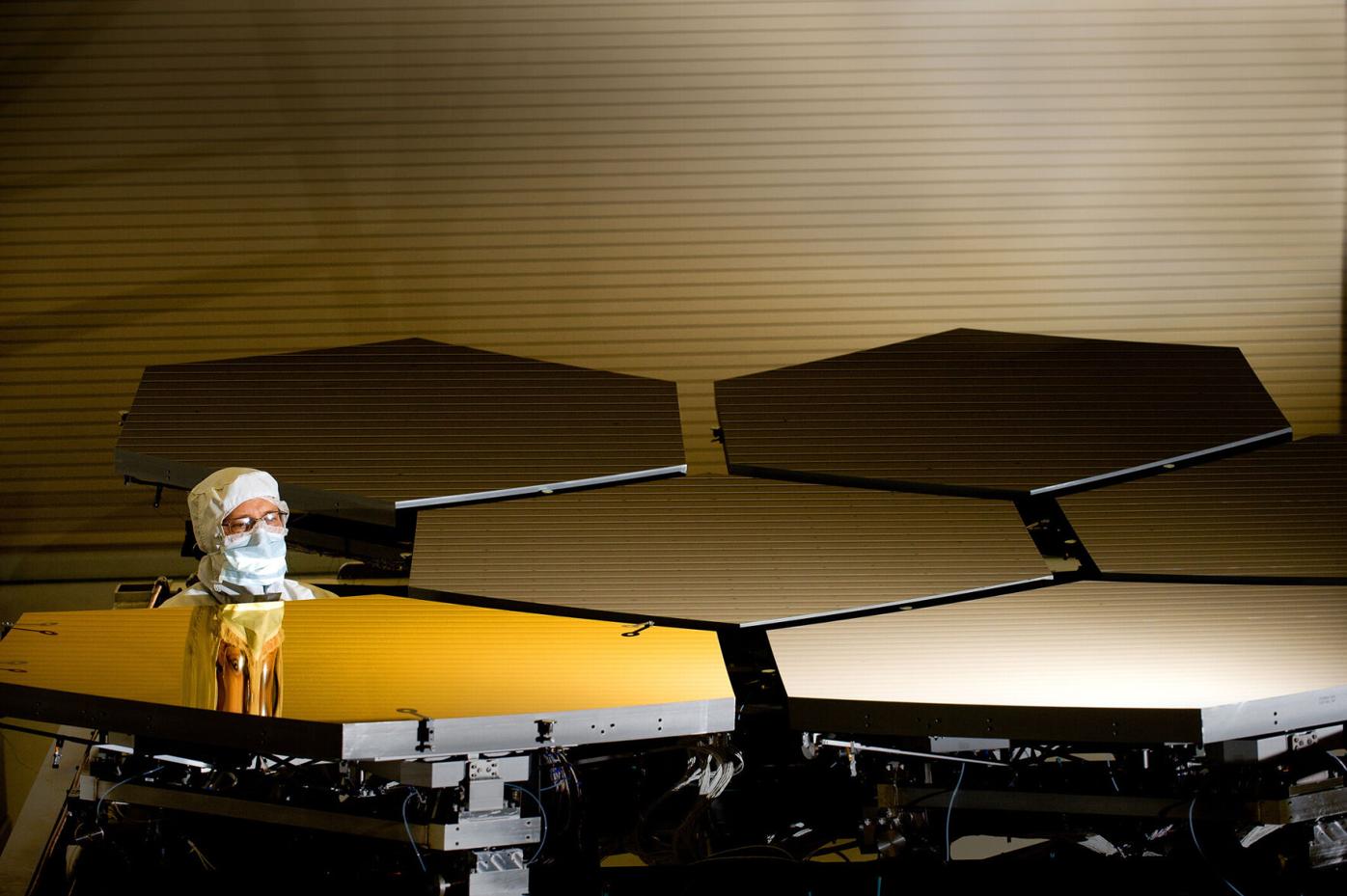 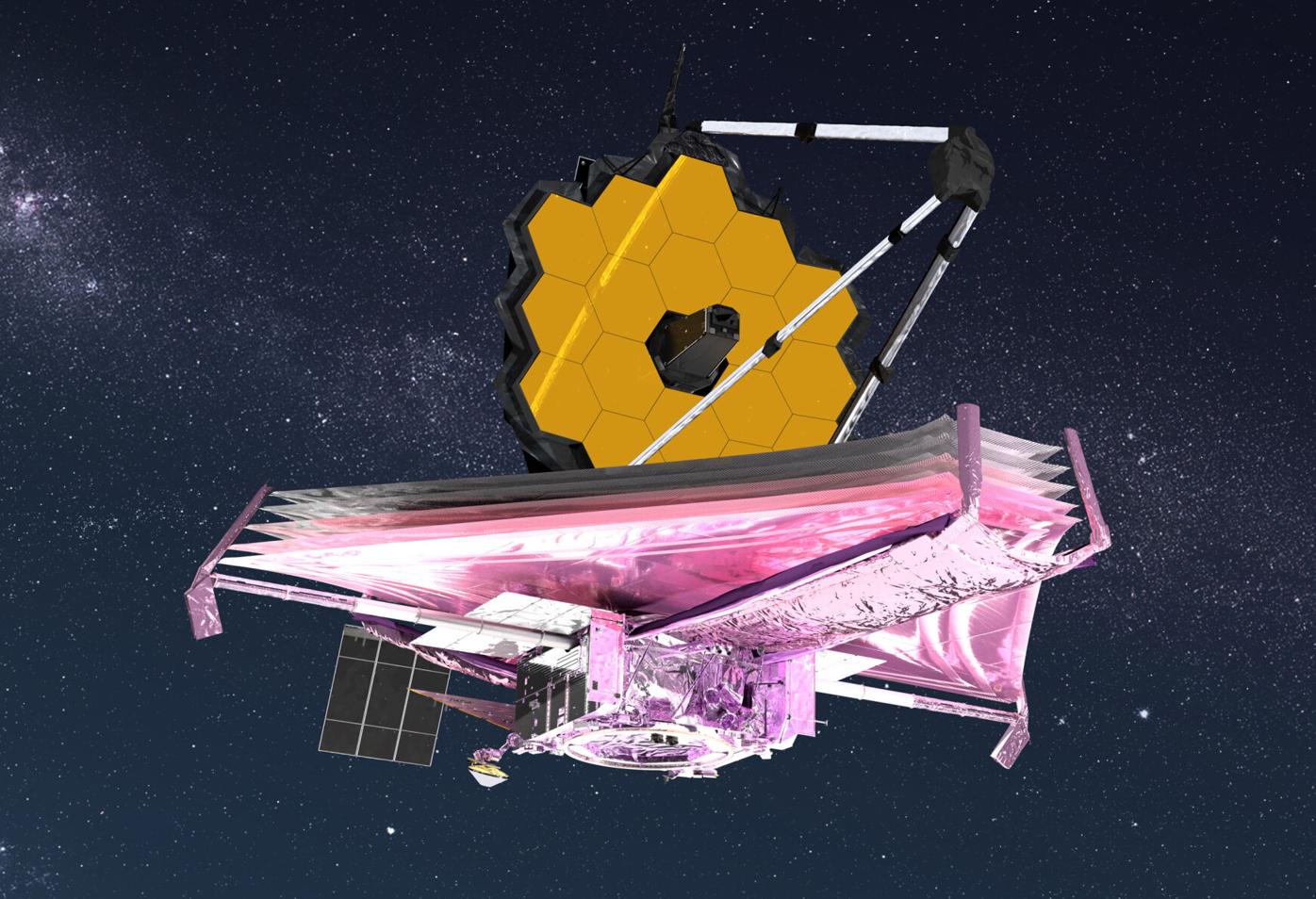 This is how the sunshield looks once it's been deployed.

This image shows the full-scale James Webb Space Telescope model at South by Southwest in Austin.

This illustration shows the planets of the Trappist-1 system.

It's a moment that has been decades in the making. The launch of the James Webb Space Telescope, NASA's premier observatory of the next decade, is scheduled for December 18 from French Guiana.

The telescope has endured years of delays, including a combination of factors brought on by the pandemic and technical challenges. But the world's most powerful complex space observatory will answer questions about our solar system, study exoplanets in new ways and look deeper into the universe than we've ever been able to.

Webb will peer into the very atmospheres of exoplanets, some of which are potentially habitable, and could uncover clues in the ongoing search for life outside of Earth.

It's the largest mirror NASA has ever built, the agency said, but its size created a unique problem. The mirror was so large that it couldn't fit inside a rocket. So they designed the telescope as a series of moving parts that can fold origami-style and fit inside a 16-foot (5-meter) space for launch.

Webb will act as an infrared detective, detecting light that is invisible to use and revealing otherwise hidden regions of space, according to NASA.

The concept for the telescope was first imagined as a successor to Hubble at a workshop in 1989 and construction on Webb first began in 2004. Since then, thousands of scientists, technicians and engineers from 14 countries have spent 40 million hours building the telescope.

Now, Webb is ready to help us understand the origins of the universe and begin to answer key questions about our existence, such as where we came from and if we're alone in the cosmos.

What Webb will see

The Webb telescope will look at every phase of cosmic history, including the first glows after the big bang that created our universe and the formation of the galaxies, stars and planets that fill it today. Its capabilities will enable the observatory to answer questions about our own solar system and investigate faint signals from the first galaxies formed 13.5 billion years ago.

The science goals for Webb are ambitious, and scientists around the world will use their allotted time using the telescope to observe and analyze a broad spectrum of planets, black holes, galaxies, stars and the structure of the universe itself.

A key focus is planet formation and evolution, both in our solar system as well as the large population of planets outside of it. Of particular interest are planets located within the habitable zone of stars, an orbital region where a planet is the right temperature to support liquid water on its surface -- which suggests it could potentially support life as we know it.

Spitzer, as well as NASA's ongoing planet-hunting Transiting Exoplanet Survey Satellite (TESS) mission, have helped scientists establish targets for follow-up by Webb, including some of Spitzer's "greatest hits." Webb will be able to characterize exoplanets, going beyond Spitzer's capabilities of measuring how big a planet is and seeing the intricate details of how they look.

For example, in February 2017 astronomers announced their discovery of seven Earth-size planets orbiting a star 40 light-years from Earth. With Spitzer's help, the seven exoplanets were all found in tight formation around an ultracool dwarf star called TRAPPIST-1. The planets all bear the TRAPPIST name -- which the researchers borrowed from their favorite beer.

One of the planned targets for Webb is TRAPPIST-1e, which could support liquid water on its surface. Finding water could suggest the potential for life as well. Another target for early in the mission is WASP-18b, a blazing "hot Jupiter" with an atmosphere, according to NASA.

Webb is also well equipped to shed light on the mysteries of planet formation. Building off Spitzer's work studying brown dwarfs -- objects that are too large to be planets but too small to be stars -- Webb can take a closer look at their cloud properties.

The telescope will take a closer look at a selection of exoplanets to peer inside their atmospheres, if they have them, and help answer questions about how the planets formed and evolved. Its spectroscopic data can tell scientists if methane, carbon dioxide or carbon monoxide is in the atmosphere. The gases within these alien atmospheres could reveal the very building blocks of life.

Other objects of interest for the intiial science campaign include observing the supermassive black hole at the center of the Milky Way, actively forming planetary systems, bright quasars at the center of galaxies and leftovers from the formation of our solar system known as Kuiper Belt Objects including Pluto and its moon Charon.

What it can do

With all of its superlatives, engineering Webb was an extraordinary challenge.

The observatory is comprised of three main elements.

One is the Integrated Science Instrument Module, which holds Webb's suite of four instruments. These instruments will mainly be used for capturing images or spectroscopy -- breaking down light into different wavelengths to determine physical and chemical components.

The five-layer sunshield unfurls to reach the size of a tennis court and it will protect Webb's giant mirror and instruments from the sun's heat because they need to be kept at a very frigid negative 370 degrees Fahrenheit (negative 188 degrees Celsius) to operate.

The advances used to design and build the telescope even have benefits for those of us on Earth. A technique developed to quickly and accurately measure the mirrors so they could be polished has been adapted for surgeons performing LASIK eye surgery because it creates high-definition maps of patients' eyes.

When to expect the first images

If you've heard of the "seven minutes of terror" when the Perseverance rover landed on Mars, the Webb team has a much longer and more grueling waiting period. The agency has referred to it as "29 days on the edge."

After launching from French Guiana, the observatory will travel for about a month until it reaches an orbit about 1 million miles (1.6 million kilometers) away from Earth. During those 29 days, Webb will unfold its mirrors and unfurl the sunshield. This process involves thousands of parts that must work perfectly in the right sequence.

Fortunately, each step can be controlled from the ground in case there are issues.

Then, it will begin to collect data and its first images later in 2022. Thousands of scientists have been waiting for years to see what Webb can show us.

"The initial year of Webb's observations will provide the first opportunity for a diverse range of scientists around the world to observe particular targets with NASA's next great space observatory," said Thomas Zurbuchen, associate administrator for the Science Mission Directorate at NASA, in a statement. "The amazing science that will be shared with the global community will be audacious and profound."