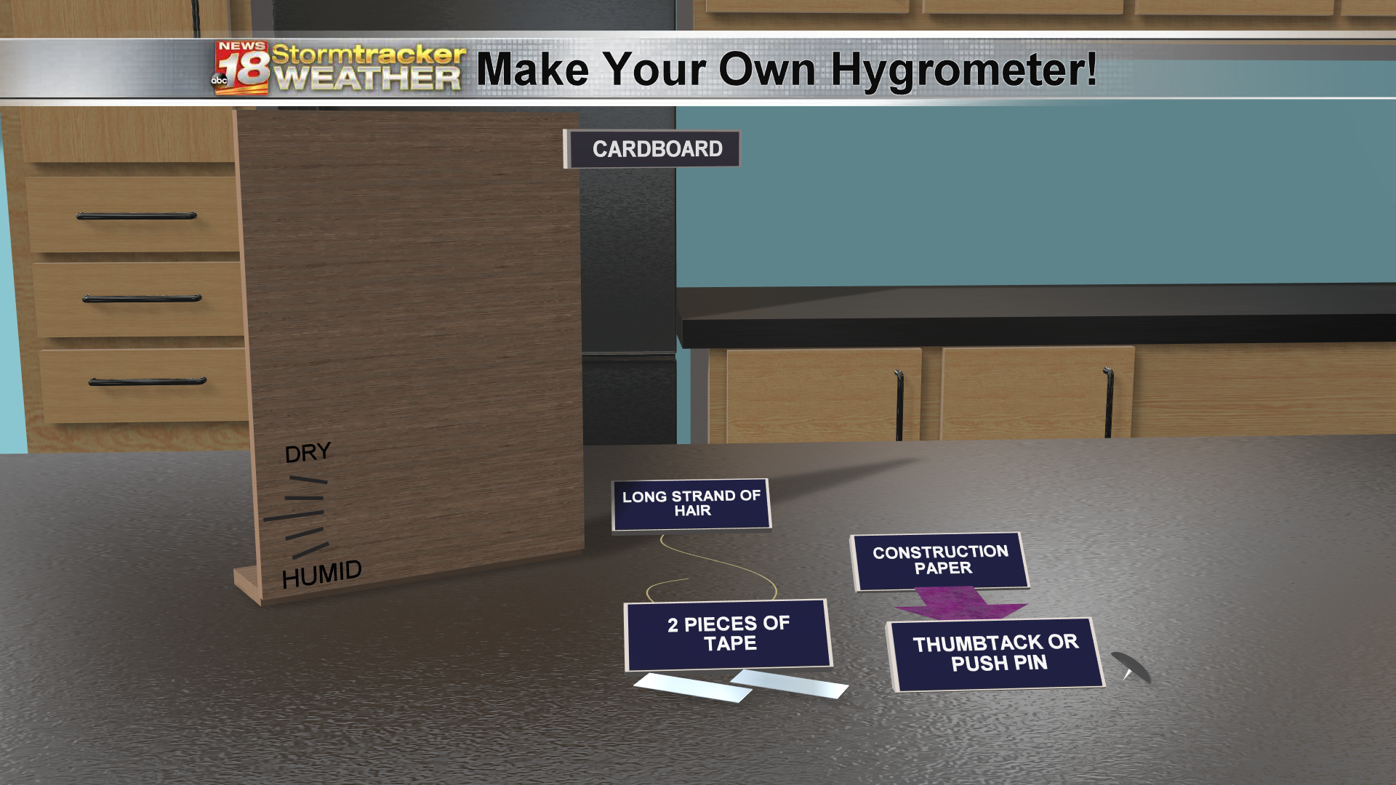 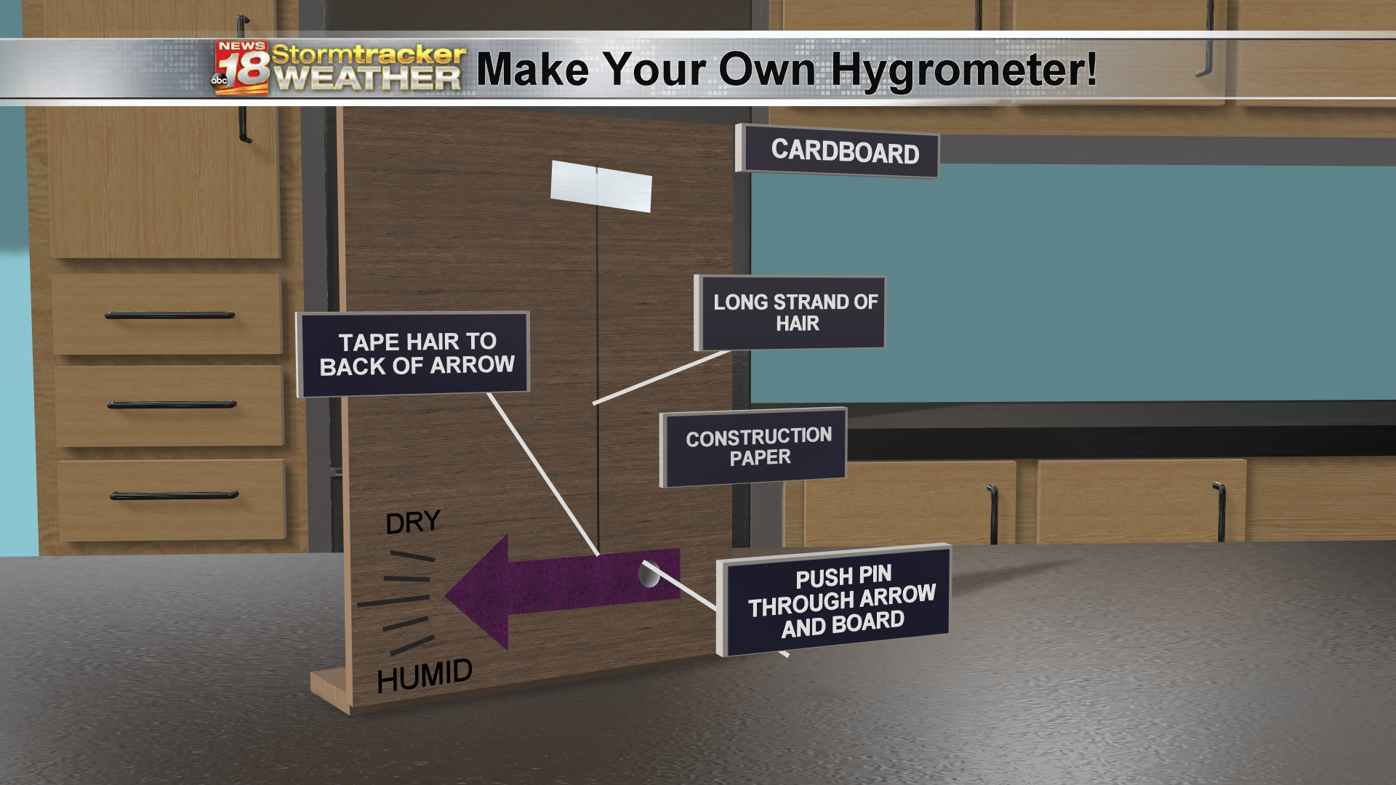 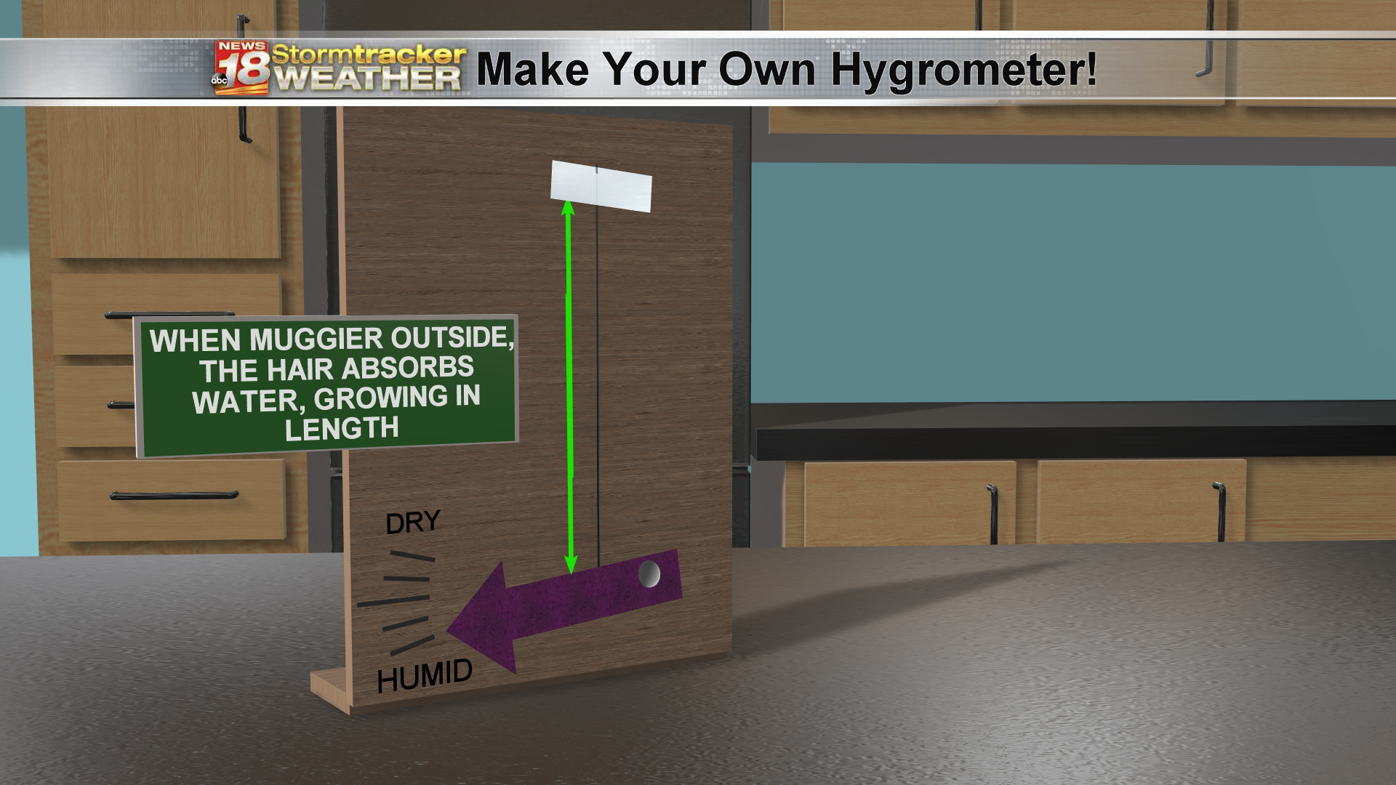 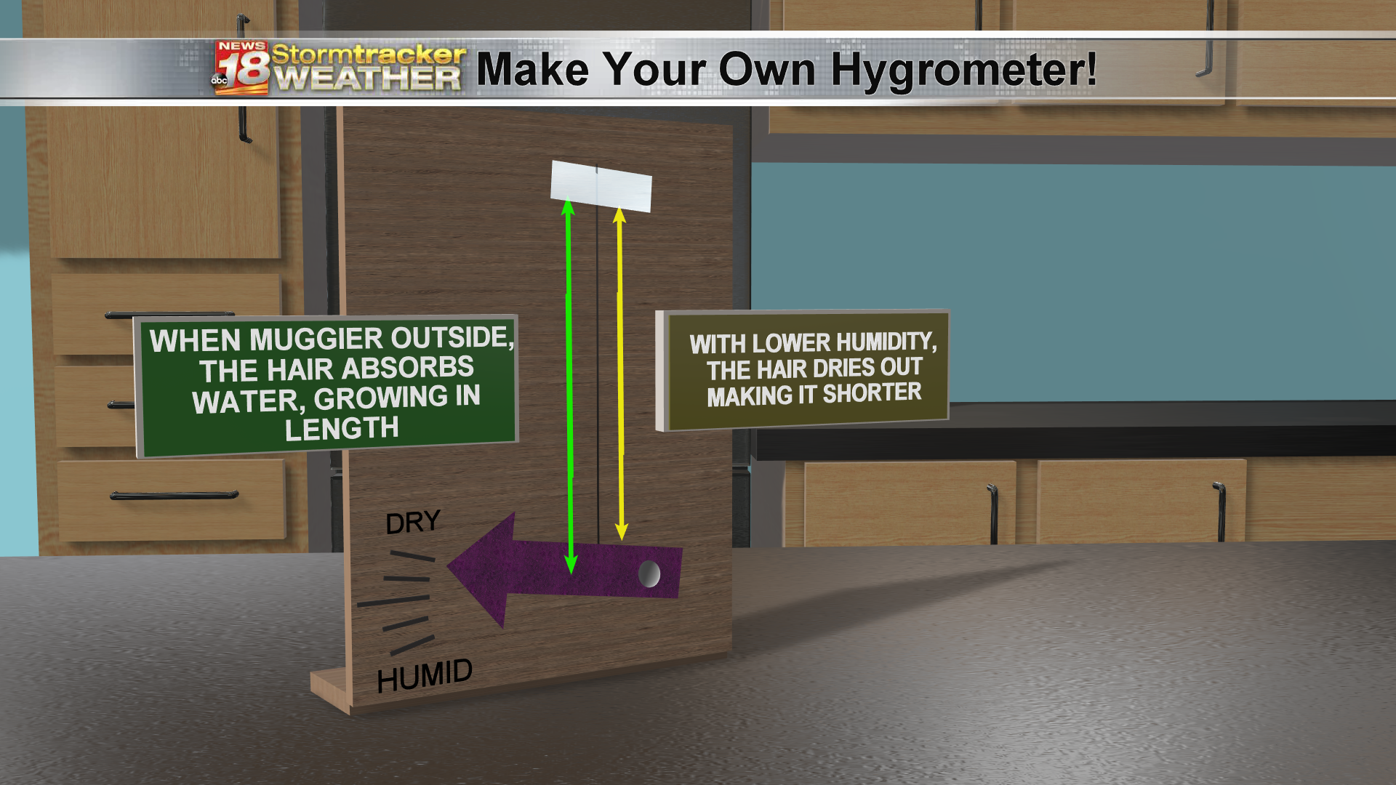 This is part of a STEM-supplementing series of easy to make weather instruments. Stormtracker 18 has how to make a hydrometer, which is used to measure humidity.

Here's what you'll need: two pieces of tape, construction paper, thumbtack or push pin, a strand of hair, preferably at least 6" long but the longer you make it, the larger range of motion the arrow will have, and a large piece of cardboard that needs to be large enough to be bent to stand up and still hold the piece of hair.

Step 1: fold the cardboard so that it can stand freely by itself. You may need to weigh it down or reinforce it.

Step 2: cut the construction paper into the shape of an arrow. Much like the hair: the longer the arrow, the more movement it'll have, but the strand of hair should be much longer than the arrow.

Step 4: use thumbtack or push pin to fix arrow to the cardboard near the bottom, but allowing the arrow to rotate downward about 30 to 40 degrees before hitting the ground.

Step 5: stretch the strand of hair straight upward and tape it down to the cardboard.

HOW IT WORKS: like many other experiments in this series, this one will take some time to calibrate and mark when it's humid and when it's not.

Take a marker and draw a line on the cardboard at the tip of the arrow so you know the starting point. As it gets more humid than when you built the hydrometer, the strand of hair will absorb some of the moisture in the air, and that will make the strand longer. Therefore when it's humid, the arrow will rotate downward from the starting point. You can test this by bringing hydrometer into the bathroom and running hot water in the shower, which will cause the bathroom air to become very humid.

You can use a marker to draw a line where it's pointing when very humid and very dry. A very dry day will be easiest to mark outside on a cold day, as cold air can hold very little humidity. The hair will take some time to absorb or release water, so it won't change right away and you should let it sit for awhile to note big changes.

We have more make-at-home experiments and will have them all in one place HERE, so check back often as we continue to add them.

Warm and humid today, but models hint at more severe weather this week

Gray but quiet start to the week

A slow climb back to the heat, with limited storm chances

Scattered rain to kickoff the weekend