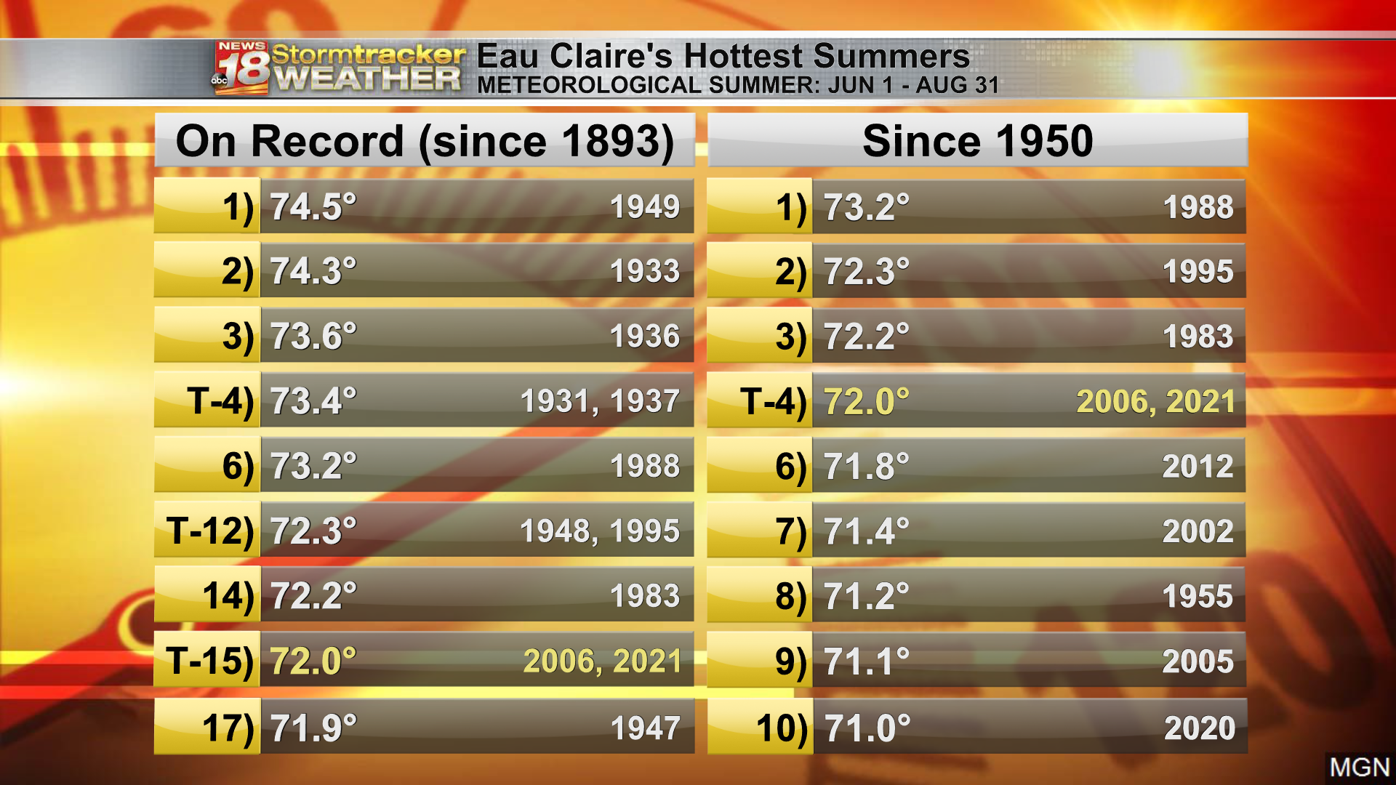 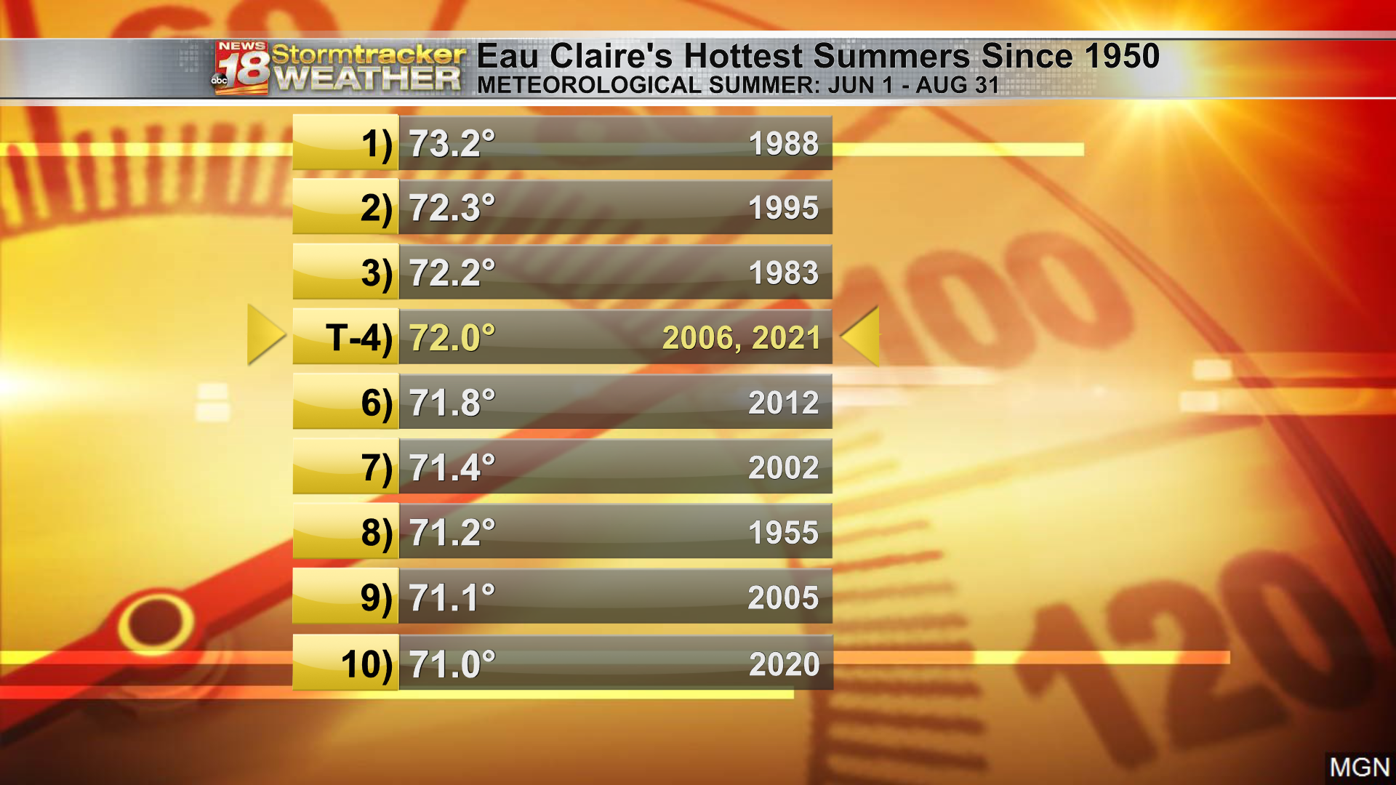 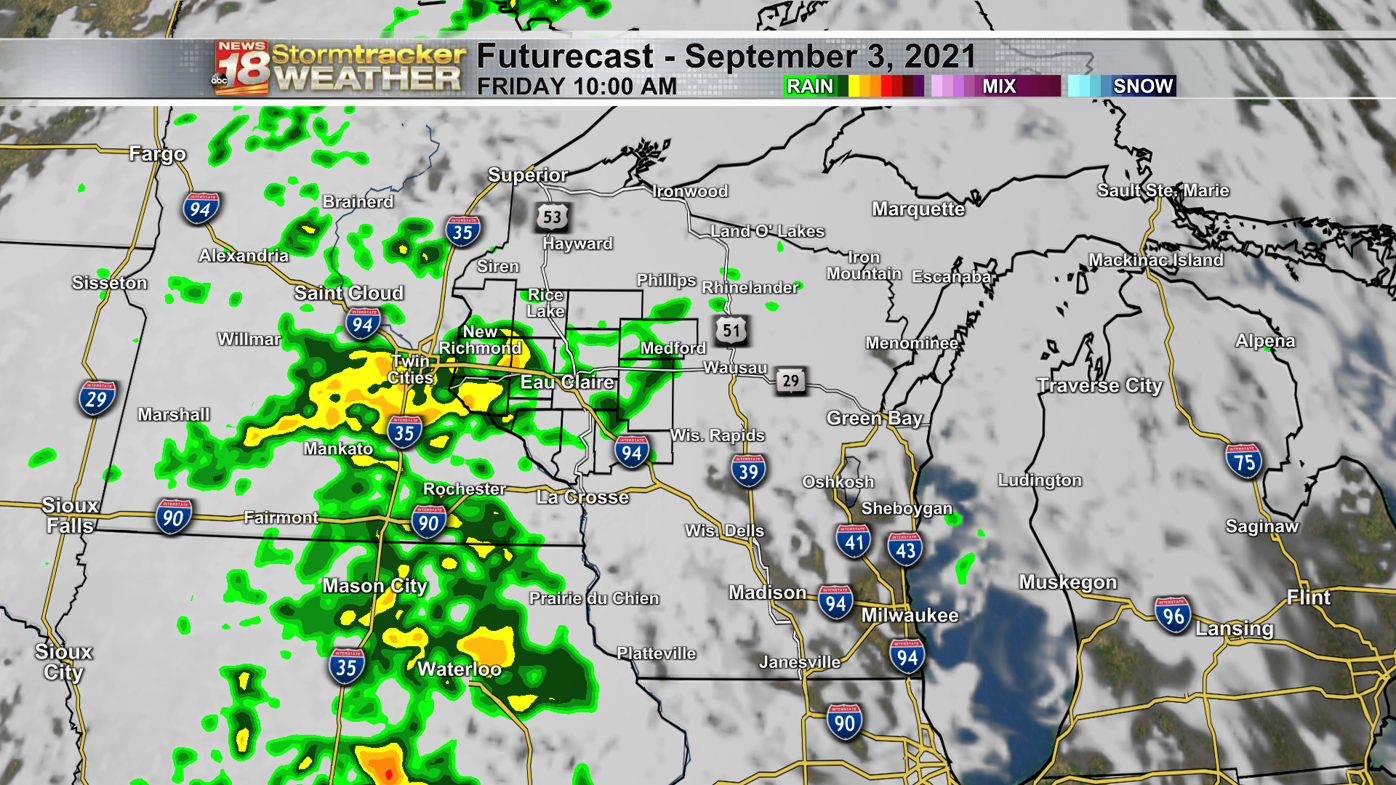 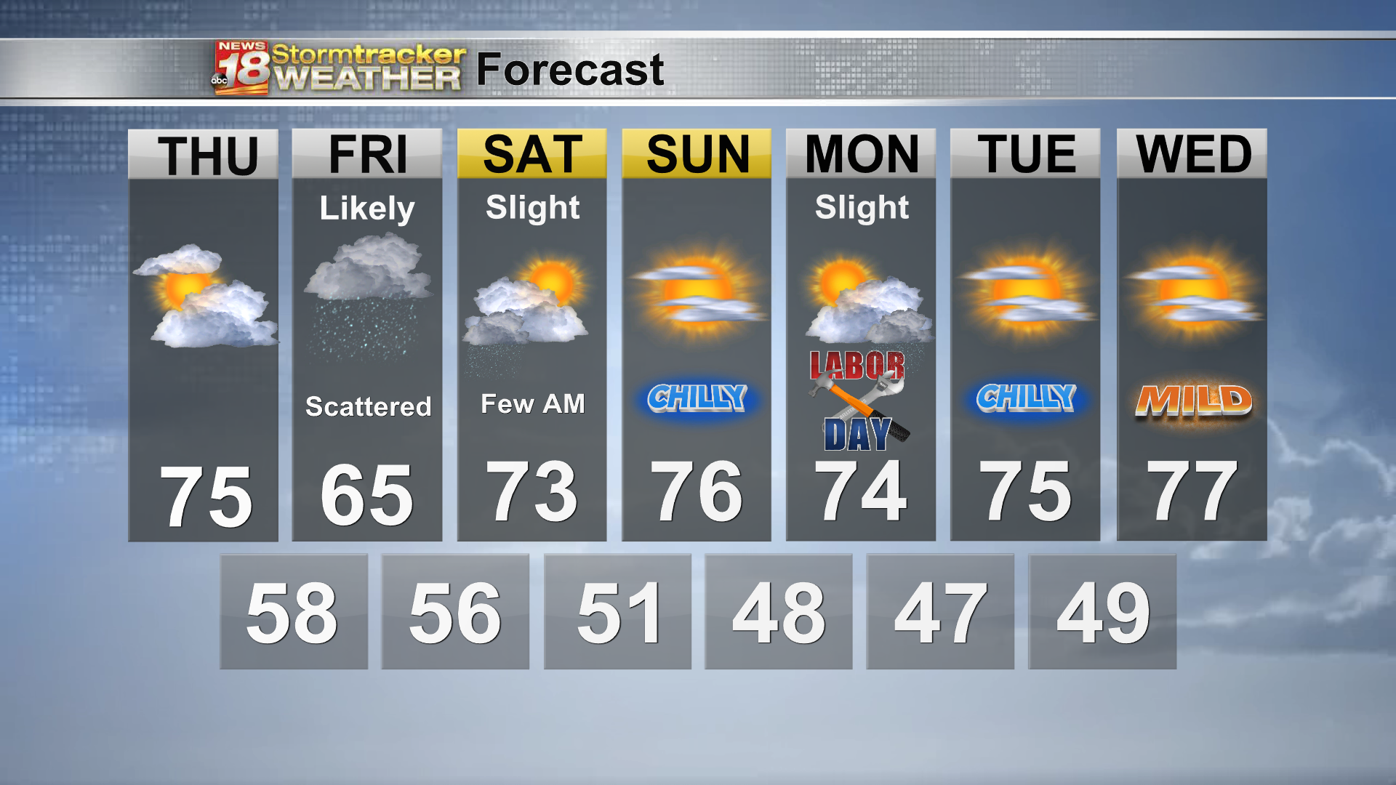 Meteorological Fall begins mild with high temps close to Eau Claire's average high of 78. The three months of meteorological summer were quite warm this year, but not in the top five of all time.

Most of the top five hottest summers come from the dust bowl era of the 1930s when the Midwest and especially the Great Plains were extremely dry. That meant that while temps were very hot, there wasn't much humidity. The hottest summer of all time was 1949, but the most recent year on the list, the summer of 1988, sits in sixth place all time, and this summer sits 15th of all time.

This summer had an average high of 72.0°, which tied with 2006 for fourth hottest since 1950 and the hottest this century. Last summer was the tenth hottest since 1950. Wisconsin stayed dry today and continues to dry out after all that rain last week. However, more is on the way.

Highs will be cooler as clouds increase tomorrow and cooler yet in the mid 60s during the scattered showers on Friday, though lows will actually be warmer Thursday and Friday nights. Temps settle once again next week as we dry out, with highs comfortably in the mid 70s. Low temperatures, however, will be on the chilly side. They'll range from the low 50s down to the mid/upper 40s starting Saturday night.

Viewer picture: red rainbow looking away from the sunset