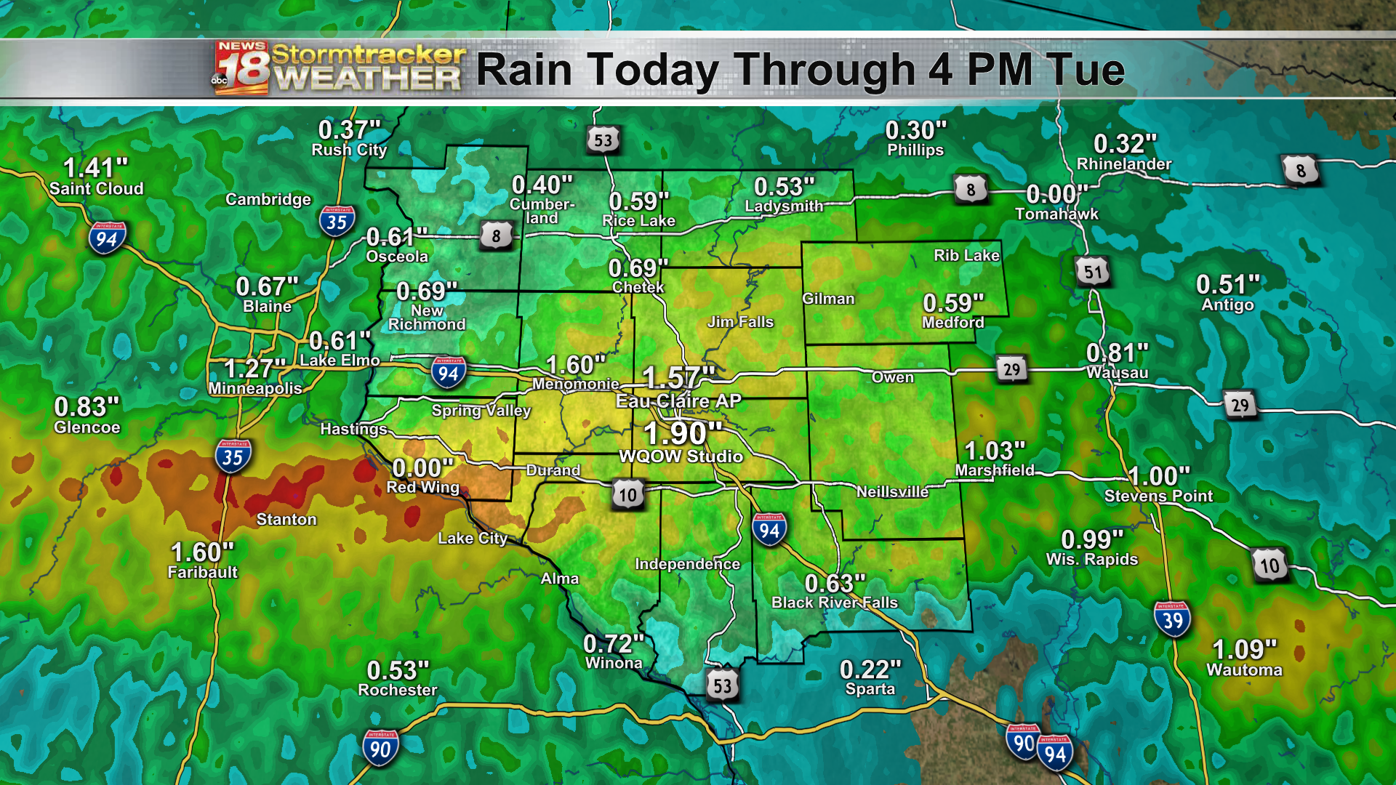 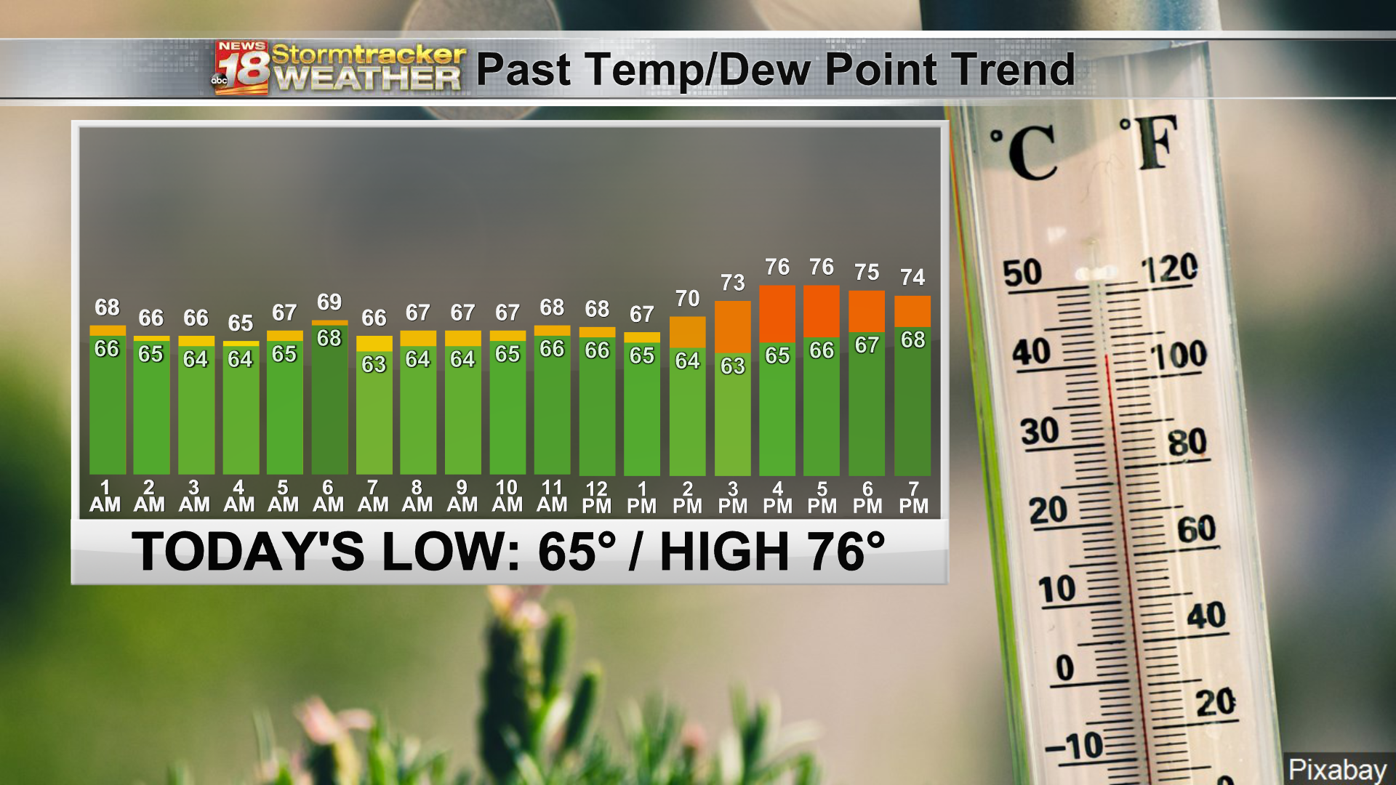 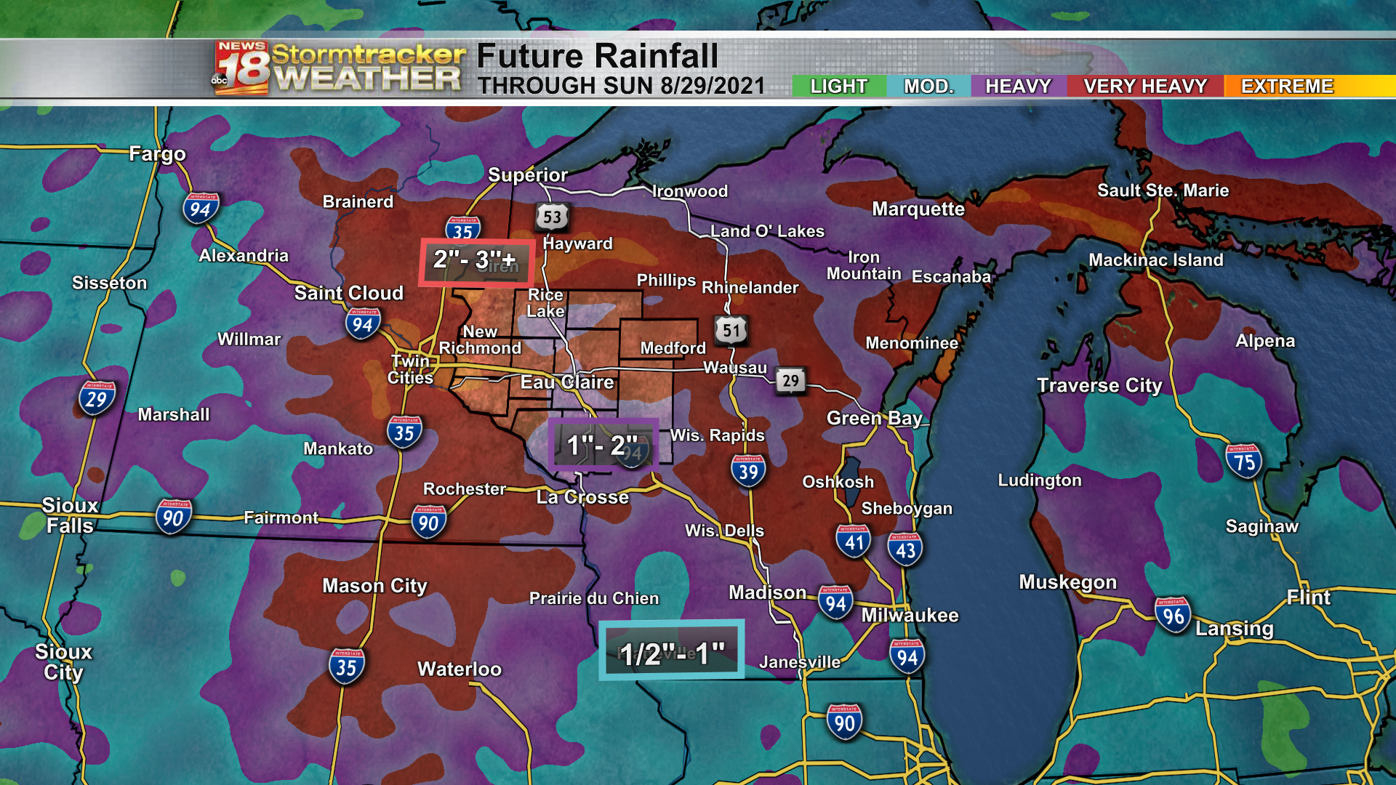 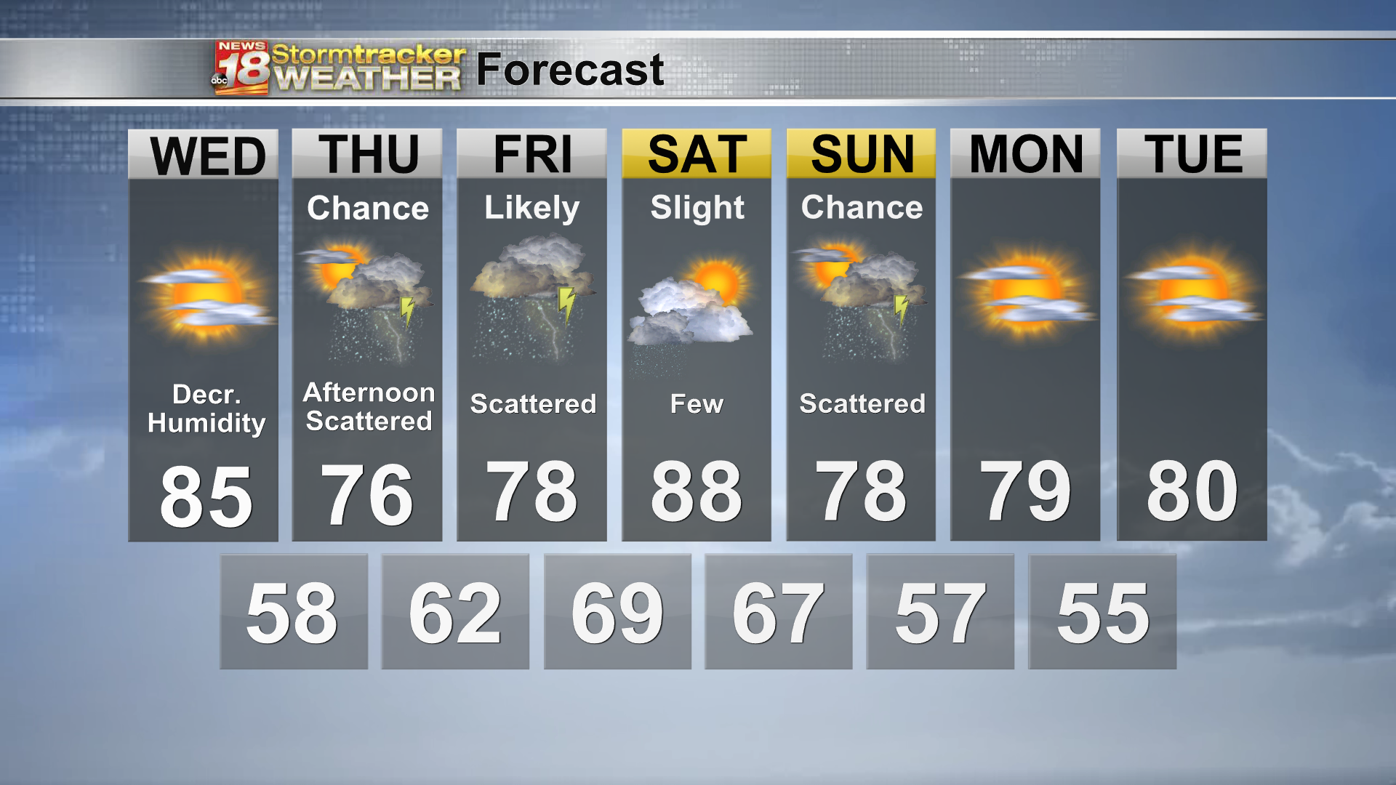 Strong to severe thunderstorms moved through Western Wisconsin this morning, and rain lingered into the afternoon before slowly moving out to the southeast. There are many damage reports in and around Eau Claire, mainly damage to trees and power lines from a wind gust that measured 63 mph at the automated weather station at the Chippewa Valley Regional Airport. That's 5mph above the minimum severe thunderstorm threshold.

In addition, lightning is the suspected cause of a house fire in Eau Claire this morning. We received many pictures of the storms' shelf clouds, but many people called them wall clouds. This misidentification is easy to make because shelf clouds are larger than wall clouds, unlike the size comparison of a shelf to a wall in our homes. Here's how to tell the difference by using pictures sent in today and comparing them to a wall cloud from a few years ago.

Rain totals were heaviest from west of Red Wing, MN through Eau Claire according to doppler radar estimated rainfall, and measured rain was between 1.5" and 2" in the city of Eau Claire, which is likely what other areas shaded in yellow on the map received. Other spots outside of this heavier band still picked up between 4/10" and an inch.

Temperatures are now rising this afternoon and evening fastest where the rain exited first: north and west of Eau Claire. With high humidity, it feels a few degrees warmer in spots. Dew points are a bit lower this afternoon and evening than they were last night, but still remain in the 60s. Strong storms continue to our south, though the threat tonight will be limited to an isolated pop-up shower or storm, and isn't very likely anymore.

We're entering a dry stretch that will likely last a bit more than a full day, though an isolated shower or two cannot be ruled out tonight through Wednesday. Still, expect to see plenty of sunshine especially tomorrow afternoon. Another chance for showers and storms arrives Thursday afternoon/evening, with chances likely to linger through Friday night, possibly Saturday morning.

Rainfall through the weekend not including what we already picked up today looks to range from another one to three inches across Western Wisconsin. Flash flooding may be a concern if rain continues to fall at rates we saw today with both the Thursday-Friday round and the Saturday night-Sunday round.

We finally will receive some quiet and sunny weather again early next week.

Thursday forecast: Warm, not as humid, and more storm chances

Friday's snow melts, but we try for more over the weekend

Back to the 90s for the Fourth of July

Summer is Back! But only for a limited time…